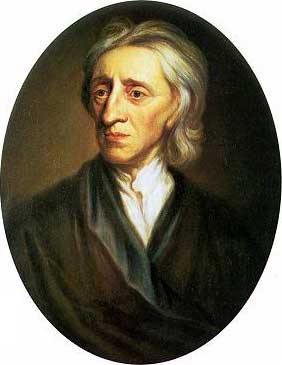 John Locke (1632-1704) was a British philosopher. The excerpt below is from his essay on scrupulosity. The essay is believed to be based on a letter to the Earl of Pembroke, to whom Locke dedicated the essay.

...I cannot but think that God allows us in the ordinary actions of our lives a great latitude; so that two or more things being proposed to be done, neither of which crosses that fundamental law, but may very well consist with the sincerity wherewith we love God and our neighbour, I think it is at our choice to do either of them....

2nd. I cannot conceive it to be the design of God, nor to consist with either his goodness or our business in the world, to clog the actions of our lives...with infinite consideration before we begin it, and unavoidable perplexity and doubt when it is done. When I sat down to write to you this hasty account, before I set pen to paper, I might have considered whether it were best for me ever to meddle with the answering your questions; my want of ability, it being beside my business, the difficulty of advising anybody, and presumption of advising one so far above me, would suggest doubts enough in the case. I might have debated with myself, whether it were best to take time to answer your demands, or, as I do, set to it presently.

3d. Whether there were not somewhat better that I could do at this time.

4th. I might doubt whether it were best to read any books on this subject before I gave you my opinion, or send you my own naked thoughts. To those a thousand other scruples, as considerable, might be added, which would still beget others, in every one of which there would be, no doubt, still a better and a worse; ...perhaps my whole age might be spent in the deliberation about writing two sides of paper to you, and I should perpetually blot out one word and put in another, erase to-morrow what I write to-day.... If we were never to do but what is absolutely the best, all our lives would go away in deliberation and distraction, and we should never come to an action.

5th. I have often thought that our state here in this world is a state of mediocrity, which is not capable of extremes, though on one side there may be great excellency and perfection; that we are not capable of continual rest, nor continual exercise, though the latter has certainly much more of excellence in it. We are not able to labour always with the body, nor always with the mind; and, to come to our present purpose, we are not capable of living altogether exactly by a rule, not altogether without it,--not always retired, not always in company; but this being but an odd notion of mine, it may suffice only to have mentioned it, my authority being no great argument in the case; only give me leave to say, that if it holds true, it will be applicable in several cases, and be of use to us in the conduct of our lives and actions; but I have been too long already to enlarge on this fancy any further at present.