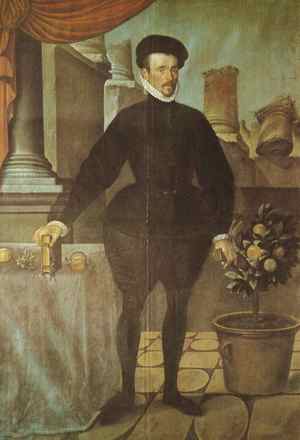 Felix Platter (1539-1614), dean of the University of Basel's medical school, authored a medical textbook that described obsessive thoughts. The textbook was first published in 1602.

[In the illness known as melancholy,] imagination and judgment are so perverted that without any cause the victims become very sad and fearful. For they cannot adduce any certain cause of grief or fear except a trivial one or a false opinion which they have conceived as a result of disturbed apprehension.

This is the case when they persuade themselves that they are damned, abandoned by God, and are not predestined, even though they had been religious and faithful all the while and when they fear the last judgment and eternal punishment. This frightful melancholy, which often drives men to despair, is the most common form of melancholy. In curing it I have been frequently very much impeded. They have often confessed to me with many tears and deep sighs, with the greatest anguish of heart and with their whole body trembling that, when seized by this, they have felt themselves driven toward blaspheming God and committing many horrible things, toward laying violent hands on themselves, killing their husbands or wives or children or neighbors or rulers, not out of motives of jealousy and not out of envy toward them, whom rather they fondly love, but out of an involuntary compulsion. They say that such thoughts creep up on them against their will and that they continually and urgently call upon God to deign to free them from such impious thoughts.