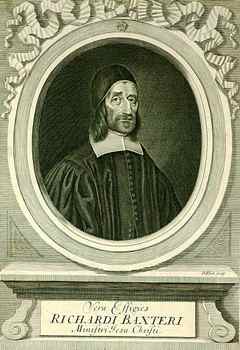 Richard Baxter (1615-1691), a British clergyman, was something of a celebrity healer for people with melancholy, a term which in his day encompassed obsessions and compulsions. He published advice for sufferers. Hannah Allen wrote of her wish to be able to consult Baxter about her condition.

[Here are some of Baxter's general observations.]

Melancholy persons are commonly exceedingly fearful ... beyond what there is cause for. Every thing which they hear or see, is ready to increase their fears, especially if fear was the first cause as it ordinarily is.... Every ordinary infirmity they are ready to speak of with amazement, as an heinous sin; and every possible danger they take for probable, and every probable one for certain; and every little danger for a great one, and every calamity, for an utter undoing. (p. 5)

[Here is a portion of Baxter's advice to sufferers.]

Make not too great a matter of your own thoughts; and take not too much notice of them.... Making a great matter of every thought that is cast into your mind, will keep those thoughts in your minds the longer. For that which we are most sensible of we most think on. And that which we least regard, we least remember. If you would never be rid of them, the way is to be still noting them, and making too great a matter of them. These troublesome thoughts are like troublesome scolds, who, if you regard and answer them, will never have done with you. But if you let them talk on, take no notice of them, and make no answer to them, they will be weary and give over. (pp. 98-9)

Charge not your souls any deeper than there is cause with the effects of your disease.... the involuntary effects of sickness are no sin. Melancholy is a mere disease in the spirits and imagination, tho' you feel no sickness. And it is as natural for a melancholy person to be hurried and molested, with doubts and fears and depraving thoughts, and blasphemous temptations, as it is for a man to talk idly in a fever, when his understanding faileth; or to think of and desire drink, when his fever kindleth vehement thirst. And how much would you have a man in a fever, accuse himself for such a thirst, or such thoughts, desire, or talk? If you had these hideous thoughts in your dreams, which you have when you are awake, would you think them unpardonable sins, or rather unavoidable infirmities? Why, your distemper makes them to be to you, but almost as dreams. (pp. 103-4)

Be sure that you keep your self constantly employed (as far as your strength will bear) in the diligent labours of a lawful calling; and spend none of your precious time in idleness.... Above all that I have said to you, let me therefore entreat you, to obey this one direction. I have known despairing melancholy persons, cured by setting themselves resolutely and diligently about their callings (and changing air and company and riding abroad). (pp. 104-5)

[Here is some of Baxter's advice to family members and friends.]

As much as you can, divert them from the thoughts which are their trouble; keep them on some other talk or business; break in upon them, and interrupt their musings; raise them out of it, but with loving importunity. Suffer them not to be long alone, get fit company to them, or them to it; especially suffer them not to be idle, but drive or draw them to some pleasing work, which may stir the body and employ the thoughts. (p. 122)

If other means will not do, neglect not physick [medicine]; and tho' they will be averse to it, as believing that the disease is only in the mind, and that physick cannot cure souls, yet they must be persuaded or forced to it.... I have known a lady deep in melancholy, who a long time would neither speak, nor take physick; nor endure her husband to go out of the room; and with the restraint and grief he died, and she was cured by physick put down her throat, with a pipe by force. (p. 127)

From Samuel Clifford, ed., The Signs and Causes of Melancholy with Directions Suited to the Case of Those Who Are Afflicted With It, Collected Out of the Works of Mr. Richard Baxter by Mr. Samuel Clifford (London: S. Cruttenden, 1716).