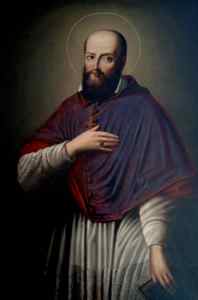 Francis de Sales (1567-1622), a Catholic clergyman who was Bishop of Geneva, wrote about scrupulous doubting and indecision.

...I am to warn you of a troublesome temptation which often crosses the way of such souls as have a great desire to do what is most according to God's will. For the enemy at every turn puts them in doubt whether it is God's will for them to do one thing rather than another; as for example, whether they should eat with a friend or no, whether they should wear grey or black clothes, whether they should fast Friday or Saturday, whether they should take recreation or abstain from it; and in this they lose much time, and while they are busy and anxious to find out what is the better, they unprofitably let slip the time for doing many good things, the effecting of which would be far more to God's glory, than this distinguishing between the good and the better, which has taken up their time, could possibly be.

We are not accustomed to weigh little money, but only valuable pieces: trading would be too troublesome and would devour too much time, if we were to weigh pence, halfpence, farthings and half-farthings. So we are not to weigh every petty action to know whether it be of more value than others; yea there is often a kind of superstition in trying to make this examination; for to what end should we puzzle to know whether it were better to hear Mass in one church than in another, to spin than to sew, to give alms to a man rather than a woman? It is not good service to a master to spend as much time in considering what is to be done, as in doing the things which are to be done. We are to proportion our attention to the importance of what we undertake. It would be an ill-regulated carefulness to take as much trouble in deliberating over a journey of one day as over one of three or four hundred leagues.

The choice of one's vocation, the plan of some business of great consequence, of some work occupying much time, of some very great expenditure, the change of abode, the choice of society, and the like, deserve to be seriously pondered, in order to see what is most according to the will of God. But in little daily matters, in which even a mistake is neither of moment nor irreparable, what need is there to make a business of them, to scrutinize them, or to importunately ask advice about them? To what end should I put myself upon the rack to learn whether God would rather that I should say the Rosary or Our Lady's Office, since there can be no such difference between them, that a great examination need be held; that I should rather go to visit the sick in the hospital than to Vespers, that I should rather go to a sermon than to a church where there is an Indulgence? Commonly there is no such importance in the one more than the other that it is worth while to make any great deliberation. We must walk in good faith and without minute consideration in such matters, and, as S. Basil says, freely choose as we like, so as not to weary our spirit, lose our time, or put ourselves in danger of disquiet, scruples, and superstition.... (Book 8, Chap. 14)