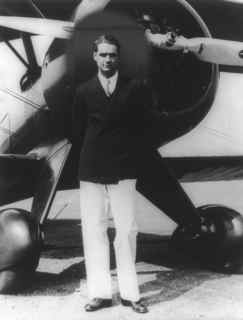 Howard Hughes (1905-1976) was an aviator, film producer, industrialist and philanthropist who became a recluse obsessed with germs. Because of Hughes's great wealth, he was able to pay others to carry out his compulsive rituals for him. Below are some excerpts from memos written by Hughes to his aides on how to perform certain tasks.

[On opening a can of food:]

The man in charge turns the valve in the bathtub on, using his bare hands to do so. He also adjusts the water temperature so that it is not too hot nor too cold. He then takes one of the brushes, and, using one of two special bars of soap, creates a good lather and then scrubs the can from a point two inches below the top of the can. He should first soak and remove the label, and then brush the cylindrical part of the can over and over until all particles of dust, pieces of paper label, and, in general, all sources of contamination have been removed. Holding the can at all times, he then processes the bottom of the can in the same manner, being very sure that the bristles of the brush have thoroughly cleaned all the small indentations on the perimeter of the bottom of the can. He then rinses the soap from the cylindrical sides and bottom of the can.

[On covering their hands with Kleenex before passing Hughes his clothes:]

...obtain a brand new knife, never used, to open a new box of Kleenex, using the knife to open the slot. After the box is open you are to take the little tag and the first piece of Kleenex and destroy them; then using two fingers of the left hand and two fingers of the right hand take each piece of Kleenex out of the box and place it on an opened newspaper and repeat this until approximately fifty sheets are neatly stacked [which then made a covering for one hand when passing Hughes his clothes].